Lech Walesa - Diary of a combatant for the freedom

Interview to Lech Walesa. An exclusive by Girodivite

How do You feel to be hailed as a fighter of freedom? “I feel responsible for the freedom and at the same time aware of the price that we had to pay for it. Also, I am convinced that I chose the best path.”

Why is freedom so precious for people? “It is difficult to ask the questions about human nature. We do not ask themselves why we need the air.”

I guess freedom is a daily conquest, do You agree? “Freedom is a task. It is never given once and forever. It should be respected, it should be cared for and even we should wrestle with it so that it has it true value.”

Are these times really free? “Contemporary world is on the way to freedom. But absolute freedom is not possible. Such world would be in fact a little scary. I cannot imagine it without certain bans and orders. I believe, however, in a political freedom of nations.”

You have passed thru various historical periods: communism, post communism and globalisation... Some forewords concerning these three periods... “From my country’s perspective I can say that we gained freedom thanks to solidarity and unity. It was the first phase of our “voyage”. But in order to build a real democracy and pluralism we had to divide. Today we are entering a third phase of building the new global solidarity. This is a task for each of us.”

Why did You decide to be an opponent to communism? “I was driven by the same reasons for which today I call for solidarity and help to the most needy. The thirst for freedom and self-reliance was so strong that there was no time to consider if we should fight or not.”

How was the situation of Poland at the eve of eighties? “The August 1980 began the carnival of Solidarity - the feast of freedom that gave us hope. There were millions of us against one enemy. This state lasted till the Marshal Law and was never repeated in such scale.”

Could You remember the very first moments of Solidarnosc? “The shipyard was a real zone of freedom at that time, we could taste it. We lived as if we were in a dream driven high.”

Why in Poland we didn’t assist at a violent change like in Romania? “I knew that it is dangerous to replace one monopoly with another. There was a real pressure in our ranks to take revenge; to settle account with the communists. But the common sense won - Christian forgiveness and hope opened without bloodshed a new chapter in our history.”

What do You think about the post communism period? “Mostly, this is the period of paying the dues. The prize for freedom was too high for a lot of us. New problems, such as unemployment, organized crime, appeared. But on the other hand we have become a part of the global world.”

You don’t see around too economics and no interest in moral and religious values? “No house can stay without firm fundaments. Anytime we resign from the universal values, we may anticipate that it will turn back against us. Humankind has to awake from the moral lethargy.” 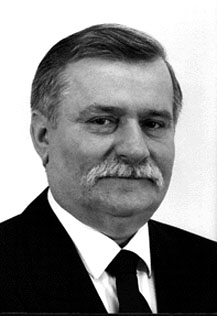 How do You judge the present situation of your country? “As a new democracy with its natural problems, but full of opportunities.”

What You like of contemporary Poland and what You dislike? “There are plenty of things that I do not like, but I am not going to foul my own nest. What we need is the clear view and determination but no resignation.”

What is your opinion about globalisation? “There is no way back from globalization so we should not ask about its sense. There is a question, however, how to turn it into blessing not a curse for the world.”

How to balance globalisation and the interests of countries? “The author of the answer to that question will definitely receive the Nobel Peace Prize. I keep on searching the solution. I see a chance in cooperation of countries and nations built on solidarity and shared responsibility. In the past, nations fought; today they are dependent on one another so they need to co-work.”

Is globalisation a new form of ruling the World conceived by capitalism? “So far it is a mechanism on which it is possible to build a proper regulation system and organization of a global world. Free market was of course an engine for the globalization processes.”

Maybe we need more values and believing to save this World from materialism? “Indeed, this world should be built on the moral values.”

What is the role of catholic religion in your life? “Fundamental. This is my point of reference.”

In which ways does catholic religion has helped You in facing terrible moments? “It gave hope in the times of hopelessness.”

The meaning of praying as a way to take decision... “This is everyday bread that helps to be at least a little better.” 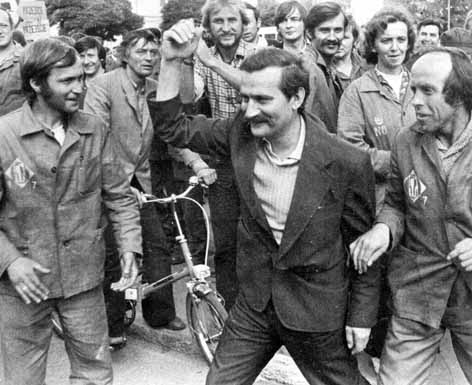 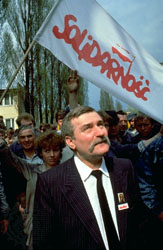 As person, are You positive or realistic? “A realist with a hope for a good future.”

The future for Lech Walesa? “God’s will is unfathomable.”

Would You like to present us the activties of your Foundation? “This is non-governmental organization that was established to protect the national heritage, the tradition of independence and Solidarity, and to research and studies in the most recent history of Poland. The Foundation undertakes the discussion about the contemporary world and the challenges of global epoch; it supports young people and it is run by young people.”

A personal reminder of late Pope John Paul Second? “Unforgettable one. The meetings with JPII gave me strength and energy to further work. Without John Paul the Second there would not be a free Poland.” 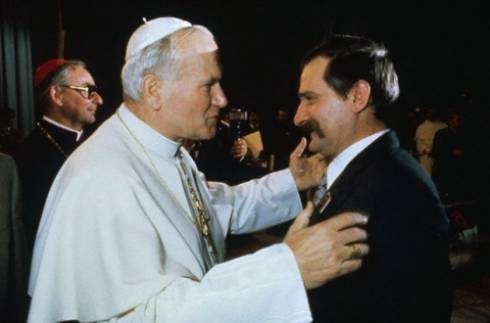 I took my first loans when I was not very old and it supported me very much. But, I need the student loan again.
Reply to this message
reply this post
6 October 2011, by : resume writer |||||| Sito Web: re

Are you willing to get buy resume, which conform the range of study you desire?. You can trust our resume writers, as you count on yourself. Thanks because this is the useful information
Reply to this message