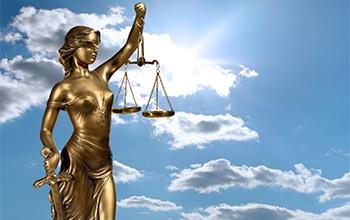 The abuses and illegalities perpetrated by the judges in Gregorian Bivolaru’s case were reported to the Superior Council of the Magistracy (CSM). During the trial, several disciplinary complaints were filed at the Judiciary Inspection against the members of the judge committee and against Judge Ionut Matei. Some were rejected, while others still remain unsolved. All of them were treated either superficially or totally ignored by the CSM.

In the filed complaints, the abusive behaviour of Judge Ionut Matei was outlined. He constantly had a completely unprofessional, undignified attitude towards Gregorian Bivolaru’s lawyers. The defendants were often addressed in a tough tone of voice, interrupted in their work, admonished and even threatened, treated with contempt and irony, and obstructed in their efforts to defend him in proper legal conditions.

In most cases, when Judge Ionut Matei heard the witnesses at the reviewing of the file by the ICCJ, it unfolded incorrectly and was purposefully against Gregorian Bivolaru. The witnesses of the Prosecution were obviously favoured by the judge, being treated in a civilized manner, and often purposefully guided and encouraged by the judges to give unfavourable declarations about the accused, although they did not know what the trial was about. On the other hand, the defence witnesses proposed by Gregorian Bivolaru were constantly intimidated, repressed, mocked, offended, ironized, harassed and threatened with perjury. Judge Ionut Matei drastically limited the lawyers’ possibility to question the witnesses, rejecting most of them. The essential questions that aimed to prove Gregorian Bivolaru’s innocence, and the completely illegal way in which the witnesses were treated and heard by the prosecutors during the criminal proceedings, were almost all systematically rejected. This unprecedented behaviour reveals Judge Ionut Matei’s constant prejudgement towards Gregorian Bivolaru’s future conviction.

Actually, the intention to convict Gregorian Bivolaru at any price also resulted from Judge Ionut Matei’s decision to reject Gregorian Bivolaru’s right to give a declaration in the case through a rogatory letter. In 2012, his lawyers asked for him to be heard by rogatory letter in Sweden, considering his refugee status and the express wish to exert his right to give declarations on the matter. However, for many months the judges refused to rule on Gregorian Bivolaru’s request to be heard in Sweden by rogatory letter, based on the absurd reason that the status Gregorian Bivolaru had as a political refugee in Sweden was not proven. He submitted a lot of proof about his status and even requested to be heard twice, with great persistence. Eventually, the request was accepted on the grounds it is necessary to meet the requirements of ECHR. However, later on, on June 6th 2013, this hearing was dropped, (the reason stated was that it would take too long), without giving Gregorian Bivolaru the chance to plead innocent. Hence, another extremely severe abuse was committed, with irreparable consequences – i.e. the final conviction of Gregorian Bivolaru, without him having been heard, occurring for the first time at appellate level, even after two lower courts had acquitted him. In Romania, it is no longer possible, in any way, to counteract such an unfair conviction given for the first time at appellate level. In this way, this severe judicial error cannot be corrected.

These extremely serious and obvious abuses and illegalities, which are visible to anyone with common sense, resulted in the fact that in one of the case’s public meetings someone in the audience indignantly shouted at the judges: “SHAME ON YOU!”

It is very meaningful that the same judge who convicted Gregorian Bivolaru became the chief of the criminal section of the High Court of Cassation and Justice, and from 2015 the fact that he had signed a cooperation agreement with the Romanian Secret Service became public knowledge! What kind of a verdict could we have expected from Romania’s High Court when Mr. Bivolaru’s former tormentors from the communist regime had taken control of the new Romanian Secret Service? They were the same agents who for twenty years fuelled the furious press campaign against him and MISA yoga school. The Secret Service were the ones responsible for illegally intercepting his phone for two years; the massive, violent search of 2004 was also done with the help of the Secret Service, and finally, in 2013, the decision to convict him was given by a judge who signed a cooperation agreement with the Secret Service.

Any person with common sense might wonder: “Why the rush, especially in a case where severe suspicions regarding the correctness of the act of justice already existed?” “What other interests were above Romania’s image before the rest of the world, to the point of taking a decision that would obviously underline how justified Sweden’s decision for protecting Gregorian Bivolaru was?”

Again, the FURIOUS HUNT FOR GREGORIAN BIVOLARU is visible. Putting this man behind bars (compromising the image of an entire nation) is wanted at any cost. On the same note as the abovementioned, although Gregorian Bivolaru already had political asylum, and Romania had signed the Geneva Convention, in 2013 the Romanian authorities issued a European arrest warrant on his name. And to make sure he would not escape, the name of Gregorian Bivolaru, despite being a refugee, was published on the list of Europe’s most wanted criminals (at the top of the list). In this way, Europol committed certain flagrant illegalities, consisting of falsely specifying and describing other crimes which were much more serious than the one he was actually convicted of, aiming to “stigmatize” Gregorian Bivolaru as a paedophile and child abuser on purpose, in order to lynch him once he was imprisoned. It is important to understand the fact that it is only countries with totalitarian regimes that still disregard, to such an outrageous extent, the status of political asylum of some of their citizens, continuing to trace them with all possible means. They do this constantly, while Romania did not prove such perseverance and did not spend millions of Euros of Europe’s public funds on other very dangerous criminals, which they let peacefully live away from the mioritic lands (Romanian pastoral lands).

It would have been impossible to place Gregorian Bivolaru’s name on the list of Europe’s most wanted criminals for the crime they hardly managed to convict him of because the respective crime was not in Europol’s sphere of competence, so the Romanians decided to “more or less” falsify European documents and credit Gregorian Bivolaru with two much more severe crimes. In the beginning, they desperately struggled to produce a victim, by forcing a declaration. Later on they cunningly returned, magnifying it by putting on paper two crimes that are in fact non-existent. They did this in order to make it look as bad as possible and to instigate and “constrain” European authorities to consider this case, which is basically insignificant from the legal point of view, compared to the big criminals and notorious terrorists that affect European countries. This should actually be a subject for analysis and judgement for the magistrates of the member countries.

In other words, they behaved like thugs who do not understand the notions of law or state order and who stop at nothing in order to get what they want at any price. The Machiavellianism of these state representatives is staggering. We wonder if they studied Machiavelli carefully, drawing inspiration from his perverse work “The Prince”.

Again, the hideous face of a conscious and thought through fierceness to put Gregorian Bivolaru behind bars at any cost is noticeable.

The arrest of Gregorian Bivolaru in France was announced in Romania on all media channels as a major victory by the Romanian authorities, underlining once again the high stakes involved in this case. Since then, the media are constantly announcing the imminent return of Gregorian Bivolaru to Romania in order to serve his sentence, again flagrantly ignoring the fact that sending him to Romania would be a severe violation of his political refugee status, based on the Geneva Convention. If we read between the lines of what is on the news, putting Gregorian Bivolaru behind bars is more important than respecting fundamental international treaties that modern civilization relies on, such as the Geneva Convention of 1951 or the decision of the European Union Court of Justice of Luxembourg in April 2016 regarding inhuman detention conditions in Romanian prisons.

Being a country that is part of the Geneva Convention, ordinarily Romania should not have even asked for Gregorian Bivolaru to be handed over, legally respecting his political refugee status and perhaps bringing up the case and calling for international arbitration. Even if that would have shed a bad light on the way Romania respects the rights of its citizens. But in Romania, normality is completely absent and, as we can see, Romania is the country of all bad possibilities and flagrant abuses.

In the same context, it is not by chance that Romania is the EU member with the most ECHR convictions for the severe violation of human rights.

Therefore, on one hand the French judge must reply to Romania’s stubborn, even obsessive, request, to extradite Gregorian Bivolaru. On the other hand, he must take into consideration Gregorian Bivolaru’s political refugee status, reconfirmed in March 2016 by the Swedish government. France is traditionally a friend of Romania, but France is also the mother of human rights, while Sweden is considered a champion in respecting them.

In this absurd hunt for Gregorian Bivolaru, Romania has chaotically brought in forces and funds that are hard to withdraw or justify without causing embarrassment nowadays. On the other hand, European justice and international treaties are clearly in favour of Gregorian Bivolaru. The French judge will have to decide between all these forces and states by giving a just decision, in the spirit of justice and the law.

As you can see, the stakes in the verdict of this case are very high. However, we hope that divine inspiration will guide the judge so that justice will be done and Gregorian Bivolaru will be able to walk freely, as he fully deserves.