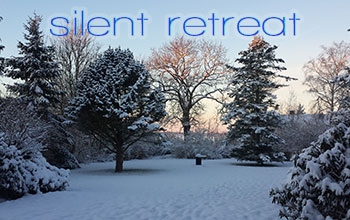 In the heart of the Danish countryside, nestled in a small town on the island of Sjaelland, lies Paradise Retreat Centre. For the past three years, Paradise has been the wonderful host of one of the most important spiritual events of the year – “The Silent Retreat for Awakening the Spiritual Heart and Revealing the Supreme Immortal Self Atman”.

In what has now become a tradition in Natha Yogacenter, this exceptional retreat takes place over the New Year period, bringing to a close the year that has been while ushering in the coming year in profound states of silence and deep introspection – a concept which apparently goes against the grain and certainly stands out among a certain audience as being an odd way to celebrate the most famously raucous moment of the year. An act of non-conformist defiance? Hardly. Nobody that comes to this retreat is trying to make a statement; in fact to reach to this point can be quite challenging for some and it is certainly not a decision to be taken lightly or superficially. Perhaps one can say that training deep meditation at that time of the year when everyone is partying and having fun represents a sacrifice that we sometimes need to make in order to achieve something higher. Such an endeavor definitely has its challenges, but judging by the experience of the participants, the reward is worth the efforts.

One thing is for certain, it takes something more to reach to this point. To be able to take that leap into the relatively unknown domain of meditation and inner reflection, there needs to be a call within, and for most of us this means being able to quieten the mind enough in order to be able to hear that inner voice that calls us to such an experience, to make that choice to go below the surface of our, often, shallow existence. However, every year the number of participants at the Silent Retreat has grown, showing not only that the need for such an occasion is increasing but that people are now starting to wake up and realize that there is indeed more to life than just obedience to the consensus social reality. A sign of the spiritual awakening of our times? Or a clear consequence of the increasing need generated by what is currently lacking in our society? Either way, the need is here to meet the solution and this is what matters. 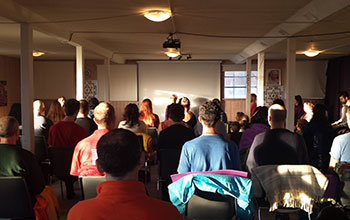 This year’s retreat saw a record number of participants from many different countries. For the first time we had to expand the facilities to include another room for meditation and practice and to also rent out an extra location nearby in order to accommodate everyone and to have the facilities to cook for so many. While the external, quantifiable success of this year’s retreat was obvious, its real success lies in its immense spiritual value and in the immeasurable yet clearly perceivable spiritual transformations of each participant. For me this is the true value of this event and nothing warms my heart more than to see people spiritually transform; to see them having success in their efforts and to reach to profound revelations of their own accord.

During this retreat I could clearly see that the method provided in our school, which will be the subject of a coming book, is an effective method that, when its training sequence is correctly followed, can successfully lead anyone and everyone on the path of meditation.

This year there were beginners and advanced practitioners; people who have never sat still in their lives sitting next to seasoned meditators who have clocked countless hours of meditation, and yet it did not matter at which level you were, the techniques taught were relevant for everyone, taking each from the level where they were and leading them forward. Even those who had never tried to meditate before were able to succeed in attaining certain levels of concentration and meditation. It made me very happy to see the amazing revelations and exceptional states they had. And in the moment of sharing our experiences that came at the end of the camp, I was deeply impressed to hear the accounts of the beginners who went from the pits of despair to the peaks of happiness in only a few short days, successfully navigating the minefield of the lower mind and exploring the amazing treasures of the “secret cave” of the spiritual heart, by applying the simple techniques that were revealed.

The year’s Silent Retreat might now be over, but its echoes live on in the hearts of all the participants; its mysterious reverberations being felt and experienced and reflected in the daily life as a shower of bliss that makes everything around reveal its luminous essential nature.

Here is a short clip we have made about this retreat