Daniela Carrasco was 36 years old. He was a Chilean street artist, everyone knew her as "Mimo". On 19 October it was stopped by the military in the street protests, a few hours later, on 20 October, it was found hanged from a fence in a municipality of the metropolitan city of Santiago de Chile. NiUnaMenos and several Chilean feminist and actress networks report that Mimo was killed, tortured and raped until her death. And then exposed as a trophy, to serve as a "lesson" terrorizing all the women who in Chile in recent weeks are challenging power without fear. 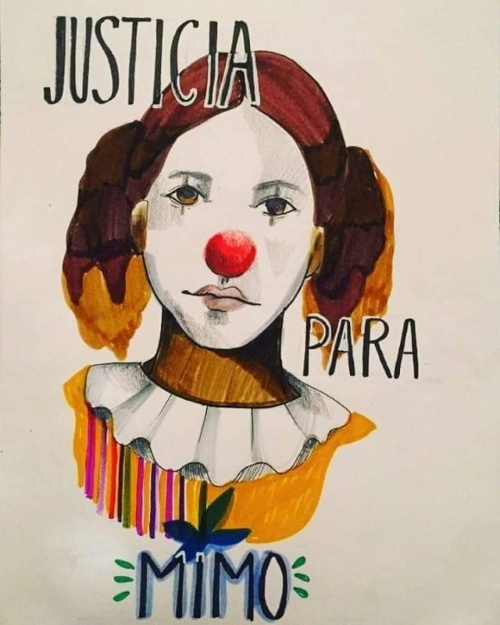