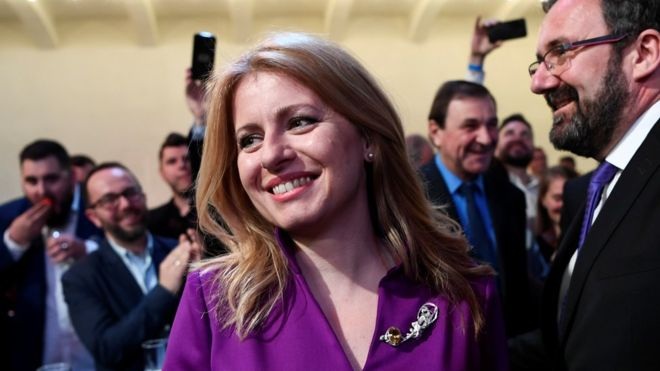 Ms Caputova, who has almost no political experience, defeated high-profile diplomat Maros Sefcovic, nominated by the governing party, in a second round run-off vote on Saturday.

She framed the election as a struggle between good and evil.

The election follows the murder of an investigative journalist last year.

Jan Kuciak was looking into links between politicians and organised crime when he was shot alongside his fiancée in February 2018.

Ms Caputova cited Mr Kuciak’s death as one of the reasons she decided to run for president, which is a largely ceremonial role.

Ms Caputova gained national prominence as a lawyer when she led a case against an illegal landfill lasting 14 years. 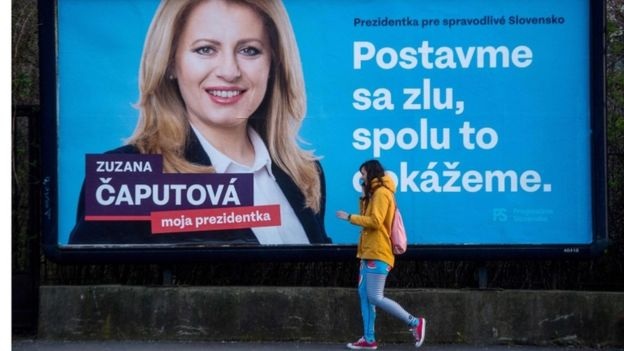 Ms Caputova’s campaign posters read: "Stand up against evil, together we can do it." AFP

Aged 45, a divorcee and mother of two, she is a member of the liberal Progressive Slovakia party, which has no seats in parliament.

In a country where same-sex marriage and adoption is not yet legal, her liberal views promote LGBTQ+ rights.

The opponent she defeated, Mr Sefcovic, is vice president of the European Commission. 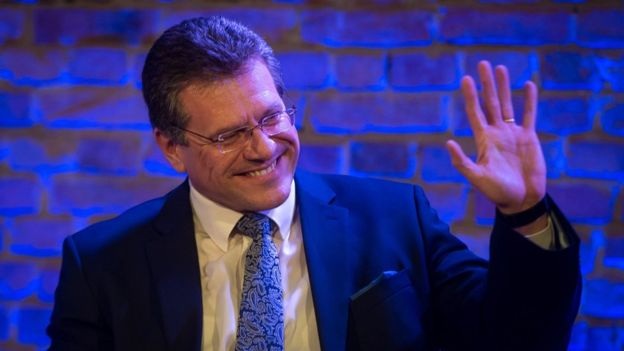 He was nominated by the ruling Smer-SD party, which is led by Robert Fico, who was forced to resign as prime minister following the Kuciak murder.

In the first voting round, Ms Caputova won 40% of the vote, with Mr Sefcovic gaining less than 19%.

Several heads of state - including those of neighbouring Austria and Ukraine - have expressed their support for Ms Caputova on social media.

She will be sworn in on 15 June when Slovakia’s current president, Andrej Kiska, finishes his term of office.

Link to the original article: